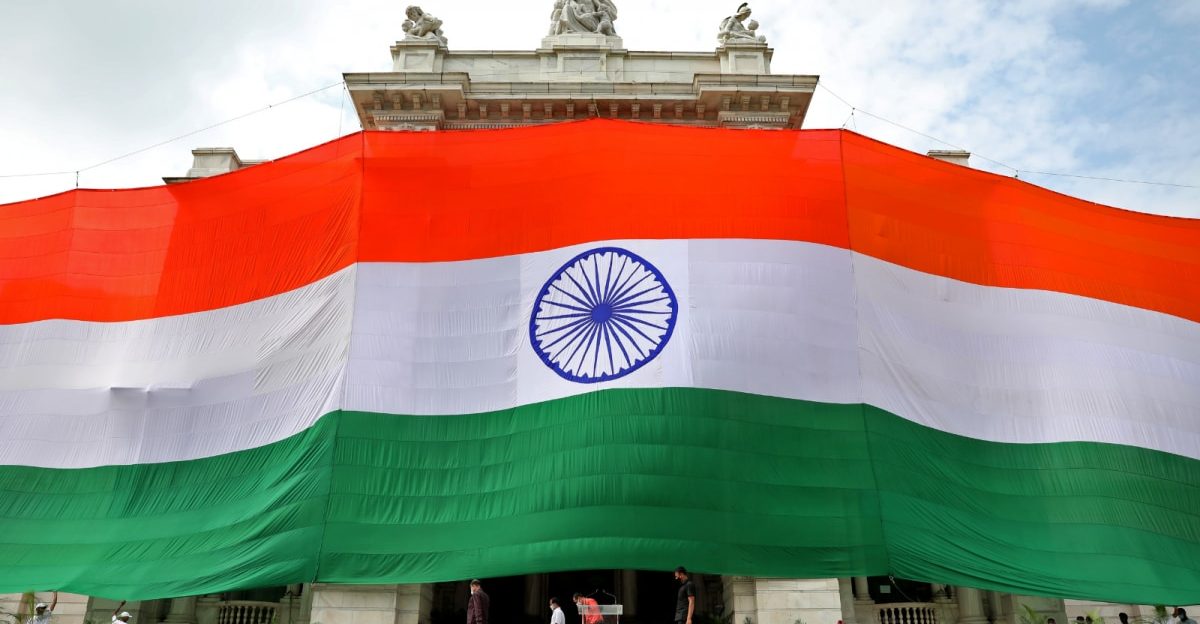 Indian cultural history spans more than 4,500 years. During the Vedic period, the foundations of Hindu philosophy, mythology, theology and literature were laid, and many beliefs and practices that still exist today, such as religion, karma, yoga, and moksha, were established. India is notable for its religious diversity among the major religions of the country, along with Hinduism, Buddhism, Sikhism, Islam, Christianity and Jainism. The dominant religion, Hinduism, including various Upanishads, has been shaped by various historical schools of thought. By Yoga Sutras, Bhakti Movement, and Buddhist Philosophy.

According to the International Monetary Fund, the Indian economy was nominally worth $ 2.9 trillion in 2019; It is the fifth-largest economy by market exchange rates, and is about $ 11 trillion, the third largest by purchasing power parity. It has an average annual GDP growth rate of 5.8% over the last two decades, and has reached 6.1% during 2011–2012, with India being one of the fastest growing economies in the world. Although the country ranked 139th in the world in per capita GDP and PPP.Until ranked 118th in per capita GDP in 1991, all Indian governments followed protectionist policies that were influenced by socialist economics. Broadly state intervention and regulation drove the economy away from the outside world. A rapid balance of payments crisis forced the nation to liberalize its economy in 1991, since then it has moved slowly towards a free market system, emphasizing both foreign trade and direct investment flows. India has been a member of the World Trade Organization since 1 January 1995.

Indian Politics and Government India is the world’s most populous democracy. A parliamentary republic with a multi-party system,it has eight recognised national parties, including the Indian National Congress and the Bharatiya Janata Party (BJP), and more than 40 regional parties. The Congress is considered centre-left in Indian political culture, and the BJP right-wing. For most of the period between 1950—when India first became a republic—and the late 1980s, the Congress held a majority in the parliament. Since then, however, it has increasingly shared the political stage with the BJP,as well as with powerful regional parties which have often forced the creation of multi-party coalition governments at the centre.

In the Republic of India’s first three general elections, in 1951, 1957, and 1962, the Jawaharlal Nehru-led Congress won easy victories. On Nehru’s death in 1964, Lal Bahadur Shastri briefly became prime minister; he was succeeded, after his own unexpected death in 1966, by Nehru’s daughter Indira Gandhi, who went on to lead the Congress to election victories in 1967 and 1971. Following public discontent with the state of emergency she declared in 1975, the Congress was voted out of power in 1977; the then-new Janata Party, which had opposed the emergency, was voted in. Its government lasted just over two years. Voted back into power in 1980, the Congress saw a change in leadership in 1984, when Indira Gandhi was assassinated; she was succeeded by her son Rajiv Gandhi, who won an easy victory in the general elections later that year. The Congress was voted out again in 1989 when a National Front coalition, led by the newly formed Janata Dal in alliance with the Left Front, won the elections; that government too proved relatively short-lived, lasting just under two years.Elections were held again in 1991; no party won an absolute majority. The Congress, as the largest single party, was able to form a minority government led by P. V. Narasimha Rao.

India is a federation with a parliamentary system governed under the Constitution of India—the country’s supreme legal document. It is a constitutional republic and representative democracy, in which “majority rule is tempered by minority rights protected by law”. Federalism in India defines the power distribution between the union and the states. The Constitution of India, which came into effect on 26 January 1950,originally stated India to be a “sovereign, democratic republic;” this characterisation was amended in 1971 to “a sovereign, socialist, secular, democratic republic”.India’s form of government, traditionally described as “quasi-federal” with a strong centre and weak states,has grown increasingly federal since the late 1990s as a result of political, economic, and social changes.